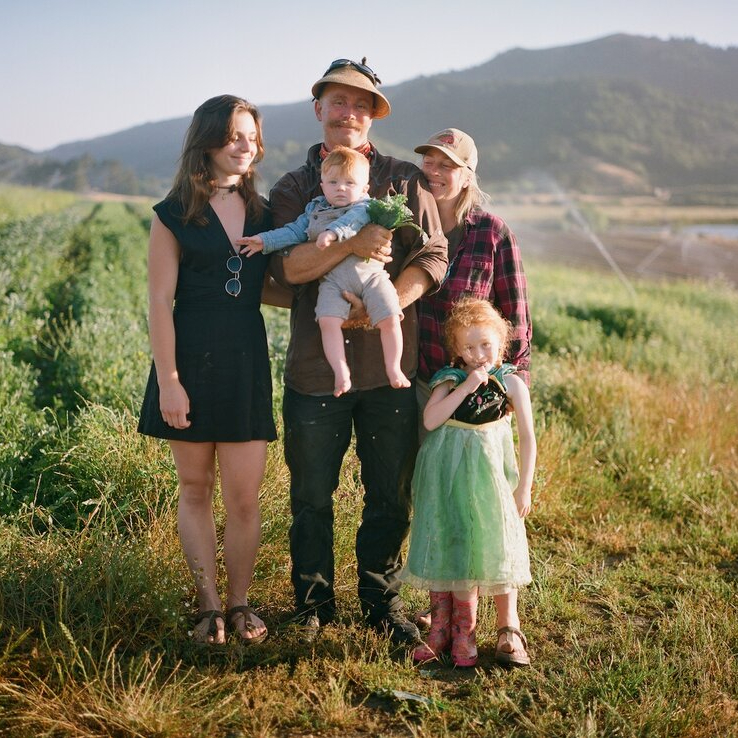 Marin Roots Farm via FEED Sonoma
Address: P.O. Box 133 Woodacre, CA, 94973
Email Address: orders@mendolakefoodhub.org
Phone: 707-782-0510
Website: https://marinrootsfarm.wordpress.com/farm-bio/
About Us
We are a certified organic, family-run vegetable farm located in the rolling hills of Marin County, California. We produce high quality, specialty produce to sell at local Farmers Markets as well as to restaurants in the San Francisco bay area. Jesse Kuhn founded Marin Roots Farm in 2003 after posting a “land wanted” add in a local newspaper and finding fifteen acres on a goat-dairy ranch just outside of the city of Petaluma.

Jesse credits his love of growing food to his grandmother who had a large garden where he spent much of his childhood. In college at Humboldt State University, Jesse worked for several years at the student-run CSA farm which he later went on to manage. He then returned to Marin County where he grew up, and continued his farming education by working and volunteering on several Marin Organic farms before he eventually started Marin Roots Farm. Today Jesse and his wife Moira run the farm together.

As goats graze outside our fences, and green produce sprouts up in each new row, we plan for the upcoming busy season and look forward to providing our customers with high quality, local produce for many more years to come.